Italy
Marche
Biodynamic agriculture
La Staffa, situated in the zone of the Verdichio dei Castelli de Jesi, is an organic winery which produces hand-crafted wines savouring strongly of the local land. On the rolling hills of Staffolo (Ancona), in the north of the Marche region, Riccardo Baldi tends twelve hectares of predominately Verdicchio vineyards with passion and absolute dedication.

Staffolo is known as 'the balcony of the Esino valley' for its fantastic panorama, criss- crossed with rows of grapevines which one enjoys from the walls of this medieval town. From time immemorial, it has been bound up with viticulture. A local legend has it that the name 'Staffolo' comes from the greek work 'Staphile', which means 'a bunch of grapes'.

Today Staffolo has only two thousand residents - and about twenty wineries: it's not a surprise that it is called 'the hills of Verdicchio'. The Verdicchio and Montepulciano vines of the L Staffa winery are located in this zone devoted to viticulture: seven hectares in Contrada Castellaretta and five in nearby fields.

The vineyards are planted at between 400 and 550 metres altitude, their aspects varying. Strong thermal currents affect the entire area. The earth, predominantly clay and chalk, rich in calcium carbonate, characterizes the wines of the area which are distinguished by an elegant, seasoned centre.

This is the formula at the heart of Ricardo Baldi's creed, who in 2009 took over the family winery, founded in 1992 by his Uncle Luigino. Right from the start, Riccardo linked his name and that of the winery with a clear and strongly identifiable interpretation of the symbolic wine of Le Marche.

Hand-crafted. Wine made 'by hand' from start to finish: always taking the best path without any shortcuts is the only way to the only way to preserve the land and free up all the different potentialities that evolve year after year.

Organic. To produce organic wine means to listen closely to each plant, ensuring the best conditions for healthy growth and the production of perfect bunches of grapes. High quality grapes are the unique ingredient essential for a good wine.


Classical. A respect for nature and communication with the earth are the most

fundamental principles for producing wine in the zone called the 'Castelli di Jesi'. Minimal intervention in the vines, use of naturally occurring yeasts, spontantous natural fermentation in the winery all contribute. Having just a few paces from the fields to the winery gives birth to a nuanced wine, easy to drink and with great potential for development.

The winery La Staffa is one of the twenty-six of excellence chosen to represent the present and future of Italian wine by 'Slow Food'. The book above, published by Slow Food, appeared recently and the winery managed by Riccardo Baldi is the one chosen to represent Le Marche. The biography of Baldi, known as 'the child protegy of Staffalo, is presented in the book. It begins with his first steps in the family vineyard at five years old and oncludes by detailing the national and international recognition he has won for two of his Verdicchio wines, 'La Staffa' and 'Rincrocca',

which have scaled the rankings in the sector's main guides and magazines in Italy, the USA and England.

'It was indeed a lovely surprise to discover La Staffa's selection as the winery representing the growth and possibilities of Marchigiana enology,' commented Riccardo Baldi, ' and a significant injection of faith to carry us forward in this ongoing arduous enterprise.'

In the chapter of the book on Le Marche there are also references to several people known for their local enogastronomy, among whom is the local winegrower Lucio Canestrari of the Fattoria Coroncino (Staffolo) and the Restaurateur Andrea Tantucci of Trattoria Gallo Rosso (Fillotrano).

The Verdicchio dei Castelli di Jesi unveiled its convivial spirit at Prowein 2017. At the international festival in Dusseldorf, La Staffa presented it's sparkling wine 'Mai Sentito', refermented on its own lees, an ancestral organic method based on the Verdicchio grape which represents a complete revolution.
Never before tasted/heard….in name and in fact

Riccardo Baldi is a winemaker who loves to experiment and to listen to the earth. His love of Verdicchio and his innate taste have pushed him to put forward a convivial, independent and truly innovative interpretation of it.

From this was born a sparkling wine refermented in the bottle with it's own yeast that combines artisan and lively bubbles, crispy fruity flavors and a distinct seasoning, characteristic of the territory of origin.

'This new wine, crafted by an ancestral method was born of this desire to express the very vivacious and spontaneous soul of our principal vine', said Riccardo Baldi. 'Shared with friends to start with, it is a joyful and sincere wine which has quickly won many over to Verdicchio who also live far from Le Marche.'

If you would like any further information about the sparkling wine 'Mai Sentito', you can find it here (see the wine card). Alternatively, you could open a bottle and discover for yourselves the sparkling side of the Verdicchio dei Castelli di Jesi.

'La Staffa' and 'Rincrocca' acclaimed by the Slow Wine Guide 2018

The Slow Wine Guide 2018 acclaimed the Verdicchio wines of La Staffa. The guide of wines most sold in Italy, which will be presented officially in October, has released the list of winners of the annual prizes. And for the Verdicchio of Riccardo Baldi there is a double surprise.

The organic wines of La Staffa, in the heart of Le Marche, are born through expressing the various shades of a soil rich in history and with a strong identity. The Verdicchio is the principal grape of the region and of La Staffa, of which the winery presents three different interpretations.

More complex and symbolic of the evolutionary potential of the wine of Staffolo is the Castelli di Jesi Verdicchio Riserva DOCG Classico 'Rincrocca'. It is born out of a rigorous selection of grapes from a vine planted in 1972. Fermentation takes place in casks of cement. The wine remens there to refine on its own lees for another twelve months.

The Montepulciano is the second most important grape in the La Staffa's vineyards.

Frome pure Montepulciano is born il Marche Rosso lgt 'Rubinia'. The name reflects the gemlike value of this wine. Refined in casks for two years, it rests a further twenty-four months in bottles. The Montepulciano here reveals its powerful balance of red fruits and tannins elegantly tamed by a full-bodied and enveloping structure, embellished by subtle notes of spice.

A more cheeky interpretation of Montepulciano is Il Marche Rosato lgt 'L'Aurora'. Brief contact with the skins during fermentation gifts the wine with the colours of the dawn, a fresh scent of the fields and flowers and a 'moreish' quality. 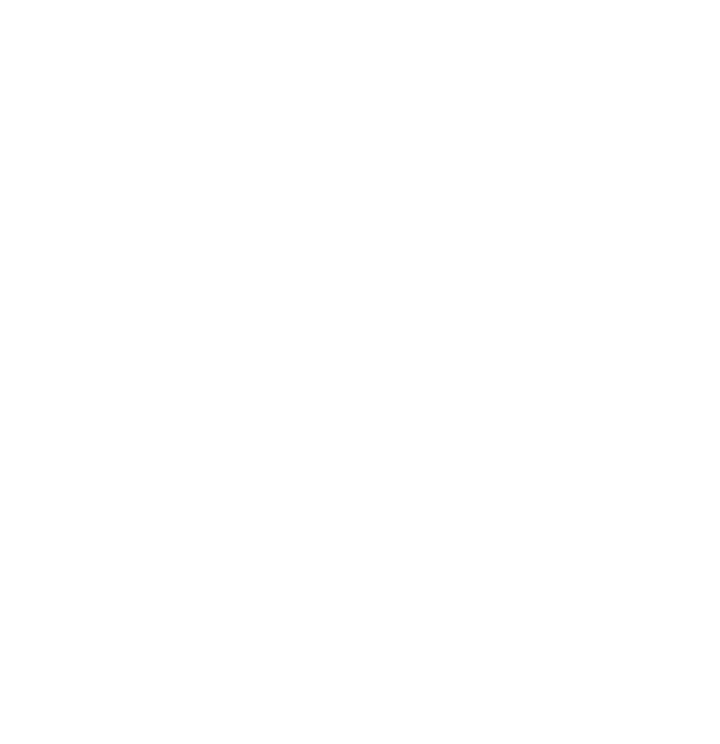 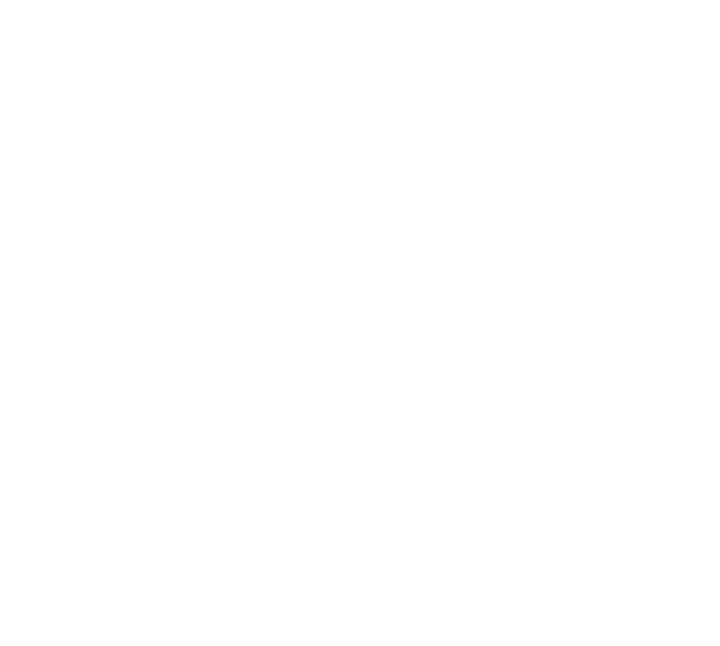 VERDICCHIO DEI CASTELLI DI JESI CLASSICO SUPERIORE"LA STAFFA"
Другие вина
MAI SENTITO! BIANCO FRIZZANTE
La Staffa's final wine made with the Verdicchio grape, this time with a small addition of Trebbiano grapes, is the 'Mai Sentito', or 'Never before tasted/heard of'. A spumante wine, fermented with its own yeast in the ancient way, it is distinguished by a great fruity crispness, underpinned by the characteristic flavour of the winery's wines. A fresh and convivial wine, it expresses the striking features of the zone.
VERDICCHIO DEI CASTELLI DI JESI CLASSICO SUPERIORE"LA STAFFA"
The Verdicchio dei Castelli di Jesi DOC Classico Superiore 'La Staffa' is the perfect example of the concept of 'drinkability' cherished by Riccardo Baldi. The fermentation takes place in casks of accacia and of cement, refined on its own fermentation lees for some months. It is a wine which is expressive of the territory in which it was born. The beautiful freshness and strong flavour exhale fruity, well- defined aromas, rich in notes of flint and straw.
La Staffa
Tel.0731 779810
[email protected]
S.s. via Castellaretta 19
60039 Staffolo